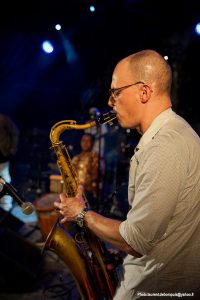 My research focuses on music, dance, and postcoloniality across the French Atlantic world. Broadly speaking, I investigate how postcolonial ways of knowing and ways of being are created and transmitted through the body. My first manuscript, Creolized Aurality: Guadeloupean Gwoka and Postcolonial Politics, details how the practice and sounds of gwoka—Guadeloupe’s secular drumming tradition—illuminate the somewhat contradictory demands for sovereignty and citizenship that inherently accompany Guadeloupeans’ position as French citizens at the margins of the nation-state. My new project explores postcoloniality as an embodied, trans-Atlantic, practice through a study of gwoka dancing in both metropolitan France and Guadeloupe. In both these projects, I draw heavily from the writings of Edouard Glissant who, perhaps better than any other theorist, offers a rich conceptual framework with which to think the French postcolonial experience.

In addition to these topics, I have also written about tourism in the French Antilles as well as the politics of intangible heritage.

Anthro 237: Music and Race in the Caribbean

Anthro 460: The Anthropology of Dance

“DestiNation: The Festival Gwoka, Tourism, and Anticolonialism.” In Sun, Sea, and Sound: Music and Tourism in the Circum-Caribbean, edited by Timothy Rommen and Daniel T. Neely. Oxford: Oxford University Press, 2014.