The Department of Anthropology acknowledges that the University of Wisconsin-Madison occupies the ancestral lands of the Ho-Chunk, a place their nation has called Teejop since time immemorial.

In an 1832 treaty, the Ho-Chunk were forced to cede this territory.

Decades of ethnic cleansing followed when both the federal and state government repeatedly, but unsuccessfully, sought to forcibly remove the Ho-Chunk from Wisconsin. We commemorate the resiliency of the Ho-Chunk and other eleven First Nations of Wisconsin.

This history of colonization informs our shared future of collaboration and innovation.

Oneida Tribe of Indians of Wisconsin 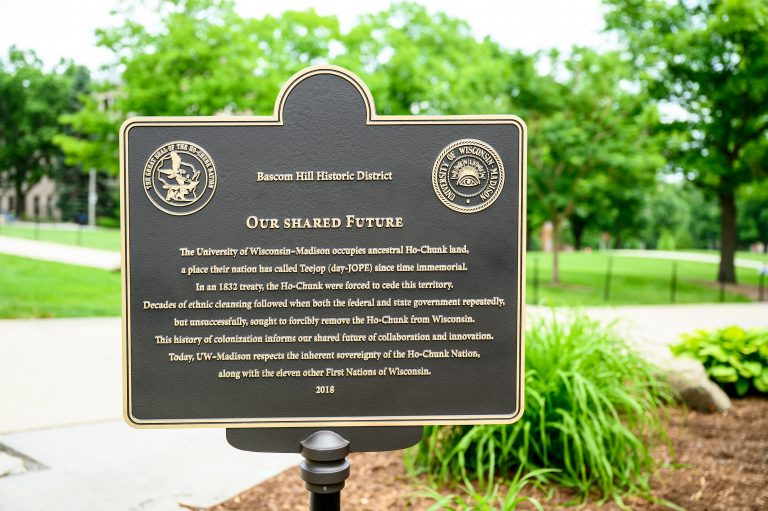