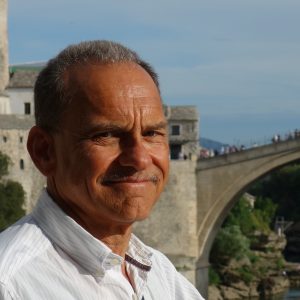 My research is in the area of Great Lakes Indian law and politics, largely in the federal Indian policy era of Self-determination (post-1960s), but I also have ethnohistorical interests in the region. I am generally interested in institutional development and am currently working on a research project on the development of the tribal courts in Wisconsin.

I have been teaching since the mid-1970s and have a rather diversified portfolio in this domain having taught middle school, high school, GED students, and college students in seven different institutions of higher learning. Here I teach:

“Traditional Cultural Property” in the Organized Resistance to the Crandon Mine in Wisconsin, Law and Social Inquiry 36(1):151-169.

“Negotiating Jursiprudence in Tribal Court and the Emergence of a Tribal State: The Ojibwe in Wisconsin.” Current Anthropology, Volume 48, Number 5, October.

The Politics of Intercultural Resource Management, with James Schlender, in Native Americans and the Environment: Perspectives on the Ecological Indian, ed., Michael Harkin and David Rich Lewis. University of Nebraska Press.

The Walleye War: The Struggle for Ojibwe Spearfishing and Treaty Rights. University of Nebraska Press.