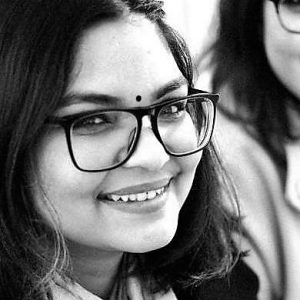 Shahana joined UW-Madison for a PhD in Cultural Anthropology in the Fall of 2019. Her research examines the intersections of religion, politics, gender, education, and capitalism in India. Her thesis critically examines how education of Muslim girls in Islamic schools and their gendered status as learned Islamic scholars have transformed the ways in which young Muslim girls understand social, economic, and political precarity in their lives within the majoritarian politics of India as well as the uncertainty brought on by the COVID-19 pandemic. She aims to explore the ethical formulation of girls’ gendered kinship relations, health, and care at home as well as political participation in the public space, such as in the anti-citizenship amendment protests in India in late 2019, and its implications on girls’ past, present, and future life outcomes decolonizing conceptions of Islam and ethics. Shahana is also interested in exploring connections between anthropology, advocacy, and activism in India. Prior to joining UW-Madison, Shahana received the Chief Minister’s Fellowship to work with the Government of Delhi in the Department of Social Justice in 2018. Shahana has a B.A. in History from St. Stephen’s College, University of Delhi and an MPhil in Anthropology from the University of Oxford on the Indira Gandhi Oxford Graduate Scholarship at Somerville College.