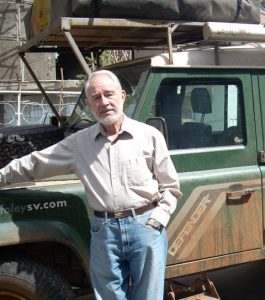 Herbert Lewis is a cultural anthropologist with wide-ranging interests and experience. His early research involved the social and political organization of two very different Oromo populations in Ethiopia (A Galla Monarchy: Jimma Abba Jifar, Ethiopia, 1830-1932 [1965]). His next work focused on ethnicity and culture change among various Jewish groups in Israel (After the Eagles Landed: The Yemenites of Israel [1989]). More recently he edited a volume of first-person accounts by Wisconsin Oneida Indians recorded in 1940-42 for a WPA project (Oneida Lives: Long-Lost Voices of the Wisconsin Oneidas [2005]. Lewis has long been engaged with the history of anthropology and in 2014 published a volume of essays on the subject: In Defense of Anthropology: An Investigation of the Critique of Anthropology. He continues to do research in this field, focusing especially on the anthropology and the life of Franz Boas.
For access to many papers and other information see:  http://wisc.academia.edu/HerbertLewis