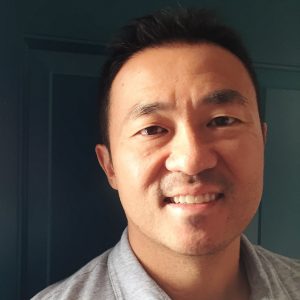 Ph.D., University of Illinois at Chicago, 2010
Joined UW-Madison faculty in 2010

2021 Violence and Warfare in Humanity’s Past. Lecture given for PBS Wisconsin’s University Place (March 3)

I am an anthropological archaeologist interested in sociopolitical complexity, early forms of cities, factors associated with significant cultural change, and the relationship between modern politics, cultural heritage, and the material record. I am  especially interested in the cultural contexts and social consequences of organized violence and warfare, as manifested in various cultural, spatial and temporal settings. Much of my recent research has been geographically focused on East and Southeast Asia, and since 2005 I have been conducting archaeological fieldwork in Vietnam at the Co Loa settlement in the Red River Delta. A heavily fortified site located near modern-day Hanoi, Co Loa is purportedly connected to Vietnamese legendary accounts and is thus viewed by many as integral to the genesis of Vietnamese civilization. Aside from its historical and national significance, the case of Co Loa is salient for archaeological theory as it constitutes one of the earliest cases for both state formation and urbanism in Southeast Asia. Emergent Warfare in Our Evolutionary Past (Routledge, 2018)