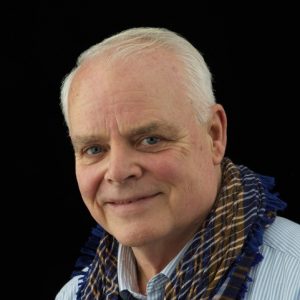 Please support any aspect of Indus Civilization research by specifying “Indus Civilization Research” for the Fund Name. If you want to make sure the funds are targeted for a specific purpose, just add a note to the donation and also email Professor Kenoyer at jkenoyer@wisc.edu

Dept. of Languages and Cultures of Asia

Dr. Kenoyer has been excavating and carrying out research on the Indus Civilization since 1975 and has excavated at the site of Harappa, Pakistan since 1986. He has also worked at sites and ethnoarchaeological projects in India and more recently in China and Oman. He has a special interest in ancient technologies and crafts, socio-economic and political organization as well as religion. These interests have led him to study a broad range of cultural periods in South Asia as well as other regions of the world. As part of his research on ancient bead technologies, he has undertaken studies of collections throughout the world, with a special focus on West Asia, China, Taiwan, Japan, Korea and Southeast Asia. He was elected to the American Academy of Arts and Sciences in 2011. His publications include monographs on the Indus civilization as well as numerous articles, a grade school book on ancient South Asia and even a coloring book on the Indus cities for children. His work is featured on the website www.harappa.com and www.imagesofasia.com

He was Guest Curator with the Asia Society for the exhibition on the Ancient Cities of the Indus Valley Civilization, which toured the U.S. in 1998–99. He was a special consultant for the Art of the First Cities: The Third Millennium B.C. from the Mediterranean to the Indus exhibition at the Metropolitan Museum of Art, New York in 2002.

1994 From Sumer to Meluhha: Contributions to the Archaeology of South and West Asia in Memory of George F. Dales, Jr. Wisconsin Archaeology Reports, Volume 3. Department of Anthropology, U. W. Madison.

1989 Old Problems and New Perspectives in the Archaeology of South Asia.Wisconsin Archaeology Reports, Volume 2. Department of Anthropology, U. W. Madison.

Textiles and Trade in South Asia during the Proto-historic and Early Historic Period. In Silk. Trade and Exchange along the Silk Roads between Rome and China in Antiquity edited by Berit Hildebrandt, pp. 9-33. Oxbow Books, Oxford.

Excavations at Harappa: 1986-2010: New Insights on the Indus Civilization and Harappan Burial Traditions. By J. M. Kenoyer and R. H. Meadow. In The Companion to the South Asian Past edited by G. R. Schug and S. R. Walimbe, pp. 145-168. John Wiley and Sons, Hoboken, NJ.

The Archaeological Heritage of Pakistan: From the Palaeolithic to the Indus Civilization. In History of Pakistan, edited by Roger Long, pp. 1-90. Oxford University Press: Karachi.

The Archaeological Heritage of Pakistan: The Indo-Gangetic Tradition: Early Historic Chiefdoms and States of the Northern Subcontinent. In History of Pakistan, edited by Roger Long, pp. 91-134. Oxford University Press: Karachi.

2014
The Indus Civilization. In The Cambridge Prehistory, edited by Colin Renfrew and Paul Bahn, (In Press). Cambridge University Press: Cambridge.

2012
Marine and Riverine Trade of the Indus Cities: Strategies for Research and Interpretation. In Proceedings of the International Seminar on Marine Archaeology -3, 23-24 Aug 2007, edited by Alok Tripathi, pp.. 43-57. Indian Society for Marine Archaeology: New Delhi.