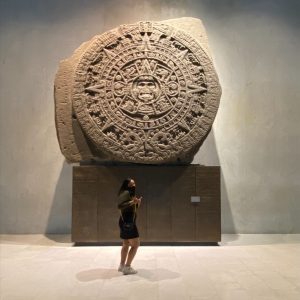 My focus is on Mesoamerican life, specifically central Mexico during the postclassic and colonial periods. My research involves studying the interaction and relationship between the Spanish and the native peoples of central Mexico during the time of religious conversion, including how they continued practicing sacred rituals while under Spanish occupation as both a form of resistance and of community-building. The methods I plan to use are ethnoarchaeology, ethnohistory, archival work, and excavation. Ultimately, I will analyze and reconstruct the sacred practices performed by average household members through material remains and community involvement.