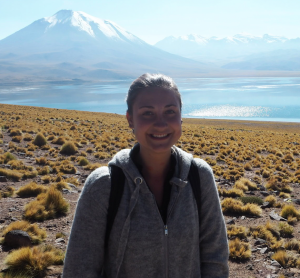 Ellen is a first year graduate student from St. Louis. She earned her bachelor’s degree from New York University in Global Liberal Studies with a concentration in Politics, Rights, and Development. Her research interests are focused on the interactions among religion, politics, and sexuality with a regional focus in South America. She is also interested in the process of coalition building within current feminist groups, specifically the Ni Una Menos movement which strives to incorporate anti-imperialist, anti-neoliberal, anti-capitalist, and anti-racist ideals. She has previously worked with ACIJ, a Buenos Aires based NGO where her efforts were focused on housing and socio-spatial inequality, and she has a strong interest in translation.