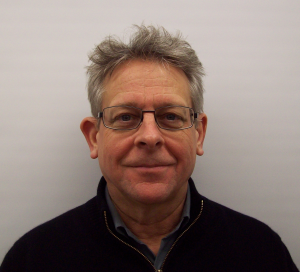 Ken George is a specialist on the cultural politics of religion, art, and language in Southeast Asia. He is currently Professor of Anthropology in the College of Asia and the Pacific at the Australian National University, having served previously at UW-Madison (1999-2013), Harvard University (1990-1996), and as Editor of the Journal of Asian Studies (2005-2008). He has also held teaching positions at the University of Oregon, Tulane, and the University of South Carolina. His ethnographic and art historical research in Southeast Asia has been supported by fellowships from the Social Science Research Council, the Aga Khan Trust for Culture, the John Simon Guggenheim Foundation, the National Endowment for the Humanities, the Wenner-Gren Foundation, and the Institute for Advanced Study, Princeton. His books include the prize-winning Showing Signs of Violence: The Cultural Politics of a Twentieth Century Headhunting Ritual (1996); Spirited Politics: Religion and Public Life in Contemporary Southeast Asia (2005, co-edited with Andrew Willford); and Picturing Islam: Art and Ethics in a Muslim Lifeworld (2010). His current research (with Kirin Narayan) explores the intermingling of religion, artisanship, and infrastructure in South and Southeast Asia. Together they hold a multi-year Australian Research Council Discovery Award for their fieldwork in India.