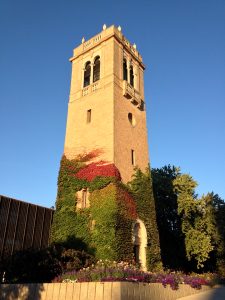 My research focuses on the cultural politics of music in the Recife, Brazil. I examine how local musicians, bureaucrats, and other city residents participate in musical activities and how they imagine these in relationship to various forms of local and inter/national identity, economic circumstances, and political discourses. By contrasting how people produce, consume, and evaluate a constellation of contemporary and folklorized music genres, I argue that music is significant well beyond its entertainment value. Instead, I demonstrate music as a medium through which various actors negotiate and create notions of belonging, social stratification, and locality. As I develop my book project, I am focusing on how independent musicians broadly working with rock-influenced styles are managing the country’s recent economic downturn in ways that echo global trends, but which are also anchored to the particularities of Recife and Brazil.

2012. “The Ins and Outs of Cultura: How Bands Voice Their Relationships to the State-Sponsored Music Scene in Recife, Brazil.” Journal of Popular Music Studies, 24 (4): 532–53.