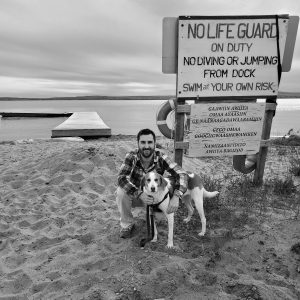 Will is pursuing a PhD in cultural anthropology. He focuses his research on legal systems within and surrounding indigenous societies in North America. Will plans to conduct his dissertation fieldwork in Tohono O’odham territory that is occupied by the United States and Mexico (Arizona and Sonora, respectively). Tribal society there is governed in accordance with tribal law, state law, and the federal law of two nation-states. Because tribal territory spans the borderlands of two modern nation-states, tribal governance raises multiple questions related to legal plurality that become even more relevant as the United States government deploys an increasing number of military assets to the United States – Mexico border. Through ethnographic research in the region, Will intends to better understand perception of governance among the Tohono O’odham.

Will earned a B.A. in History with a Spanish minor from Virginia Wesleyan College in 2006. He received a M.A. from George Mason University in International Commerce and Policy in 2008. In 2011, he graduated from Case Western Reserve University School of Law. He practiced law for eight years before coming to UW – Madison. His legal practice began in Alaska, where he worked with Alaska Native Corporations and other business entities. For three years he worked at Wisconsin Judicare, providing legal services to victims of sexual assault. He has appeared in state, federal, and tribal courts. He remains a licensed attorney in Alaska (Inactive Emeritus), Wisconsin, and the Lac Courte Oreilles Band of Lake Superior Chippewa Indians.