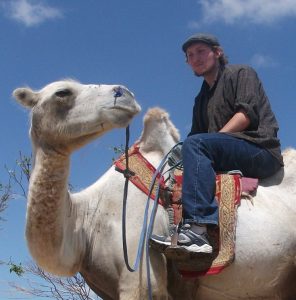 My research focuses on the role of musical performance in the restructuring of nomadic pastoralism in 21st century Mongolia. As a herding tool, I take traditional music in Mongolia as a process of creating mutual empathy between herders and non-human agents, especially livestock and landscape. As intangible heritage I take music as a political discourse of place, history, and society at the intersection of nationalism and inter-nationalism. As a field of knowledge I take music to be a site for the negotiation and proliferation of nomadic thought and practice in and across pastoral and settled contexts.